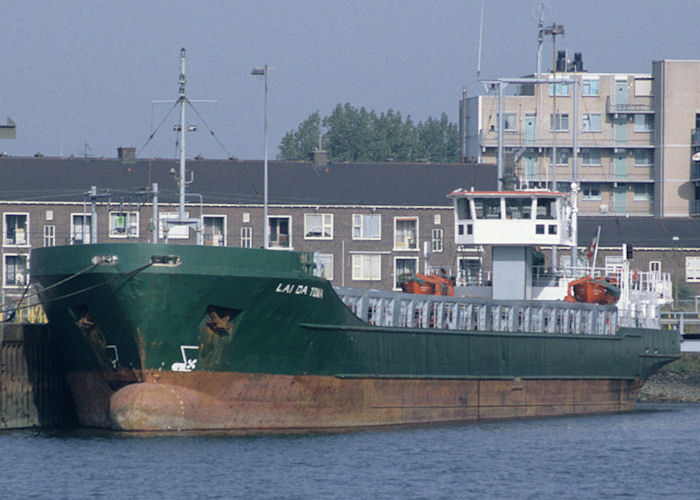 Grounded on 13th December 2000 while turning in the River Nene at Sutton Bridge. Vessel subsequently broke her back and was abandoned by her owners. Broken up in situ with the final section, the stern, being removed on 22nd January 2001.