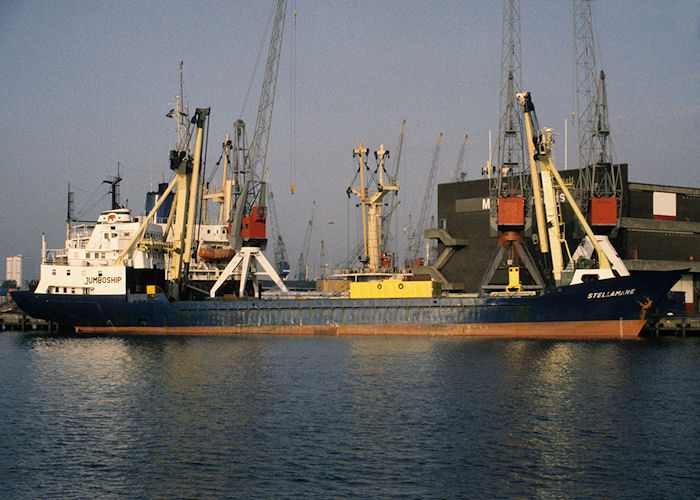 Capsized in the Hudson River on 9th December 2003 and declared a total loss. Subsequently righted & repaired and sold & renamed NADALINA S in 2004 and DOUAA A in 2006

Sold for scrapping and renamed SURF, arriving at Aliaga on 1st July 2011